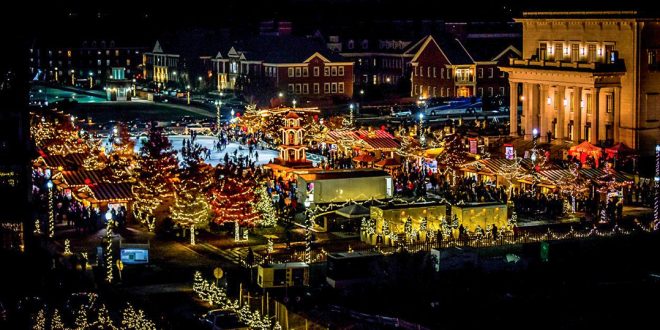 CARMEL, IN – To ensure the health and safety of our community, the popular Carmel Christkindlmarkt and winter season of ice skating at the Ice at Carter Green have been canceled due to the continued challenges of the COVID-19 pandemic. The decision was made by mutual consent of the Christkindlmarkt Board of Directors and the City of Carmel, which owns and operates the seasonal outdoor ice skating rink – two winter traditions which drew more than 300,000 people over a four-month winter season in 2019-20.

Both events had been scheduled to begin in mid-November with the German-themed Christmas market ending on Christmas Eve and the ice-skating season continuing through March. While the ice rink will not be installed this year, other winter activities and the possibility of seasonal events in early 2021 are still being discussed.

“It might seem strange to be making this announcement in July, but due to the great deal of advance work needed to install the ice rink and to work with Christkindlmarkt vendors and suppliers, we needed to act sooner, rather than later,” said Dan McFeely, president of the Christkindlmarkt Board of Directors. “By canceling now, both the holiday market and the City of Carmel will save thousands of dollars by not having to prepare for events that were likely to be canceled or faced with restrictions on crowd size.”

The cancelations do not mean the celebration of the holiday season has been canceled in Carmel. There are still many smaller and less congested events that will take place. In addition, Christkindlmarkt planners are working on establishing a way to offer popular official merchandise for sale online and at a local retail store. More details to come.

I play on the radio from 7 am -1 pm weekdays on 98.9 FM WYRZ and WYRZ.org. Follow me on twitter @WYRZBrianScott or e-mail me at brian@wyrz.org.
Previous IMPD announces new use of force policies
Next Recognizing Annual Child Support Awareness Month could benefit more than 250,000 Hoosier Children