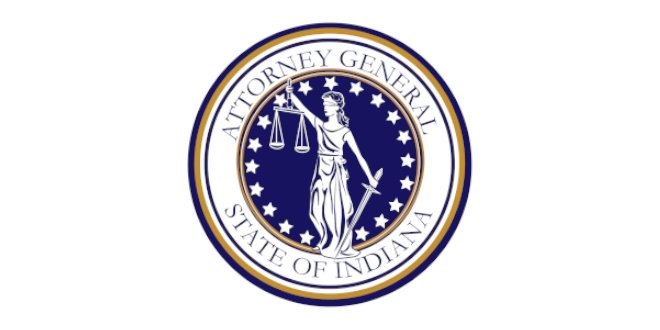 More than 5,000 Hoosiers are receiving $261 checks as a result of a $550 million settlement with the nation’s largest subprime auto financing company, Attorney General Todd Rokita announced today. The checks were sent on June 4.

The Office of the Indiana Attorney General reached the settlement last year with Santander Consumer USA Inc. The settlement, in which 33 states participated, resolves allegations that Santander violated consumer protection laws by making auto loans accessible to disadvantaged borrowers who had a high probability of defaulting.

“As part of our mission to protect Hoosier consumers, we will continue to hold businesses accountable for following the law,” Attorney General Rokita said. “Hard-working families face enough challenges without having to contend with companies trying to take advantage of them.”

As part of Indiana’s share of the settlement, more than 5,000 affected Hoosiers are receiving direct restitution totaling more than $1.3 million. Additionally, $14.1 million in abusive, low-cost loans administered by Santander have been waived or forgiven for 1,515 Hoosiers. The State of Indiana also received $30,000 in civil penalties.

This settlement stems from a multistate investigation of Santander’s subprime lending practices. The attorney general and other coalition members alleged that Santander, through its use of sophisticated credit scoring models to forecast default risk, knew that certain segments of its population were predicted to have a high likelihood of default. It alleged that Santander exposed these borrowers to unnecessarily high levels of risk through high loan-to-value ratios, significant backend fees and high payment-to-income ratios.

The attorney general and the coalition also alleged that Santander’s aggressive pursuit of market share led it to underestimate the risk associated with loans by turning a blind eye to dealer abuse and failing to meaningfully monitor dealer behavior to minimize the risk of receiving falsified information, including the amounts specified for consumers’ incomes and expenses.

Finally, the coalition alleged that Santander engaged in deceptive servicing practices and actively misled consumers about their rights, and risks of partial payments and loan extensions.

In addition to providing relief to consumers, Santander in the future is required to factor a consumer’s ability to pay the loan into its underwriting considerations.

This settlement brings the total amount of money recovered by the Office of the Attorney General this year across all divisions to more than $190 million.

I play on the radio from 7 am -1 pm weekdays on 98.9 FM WYRZ and WYRZ.org. Follow me on twitter @WYRZBrianScott or e-mail me at brian@wyrz.org.
Previous Nevada-Based Logistics Firm Picks Indiana for First Midwest Location, Nearly 200 Jobs
Next Tempur Sealy Chooses Indiana for New Production Facility, 300 jobs